Notice: Trying to get property 'ID' of non-object in /home/momentsi/prestopi.si/wp-content/themes/Divi-Child-Theme/functions.php on line 34

Notice: Trying to get property 'ID' of non-object in /home/momentsi/prestopi.si/wp-content/themes/Divi-Child-Theme/functions.php on line 40

Notice: Trying to get property 'name' of non-object in /home/momentsi/prestopi.si/wp-content/themes/Divi-Child-Theme/functions.php on line 42

Notice: Trying to get property 'name' of non-object in /home/momentsi/prestopi.si/wp-content/themes/Divi-Child-Theme/functions.php on line 42

The entrance fee is 5 euros. Tickets will be available at the venue one hour before the event.

An essential piece of political drama mixing fact and fiction

Palmyra is an essential piece of political drama mixing fact and fiction. It was created with the thought of the destruction of the ancient Syrian city of the same name. The performance is an exploration of revenge, the politics of destruction and what we consider to be barbaric: inviting people to step back from the news, it looks at what lies beneath – and beyond – civilization.

The ancient city of Palmyra was one of the best preserved in the world. Tourists flocked from around the world to look at the iconic temples of Bel and Baalshamin, as well as the Arch of Triumph. Until 2015, when ISIS gained control of the city, destroyed its temples, looted its graves and used its amphitheatre to stage executions. A year later, after ISIS had been removed from the city, a concert entitled, »With a Prayer from Palmyra: Music Revives the Ancient Walls«, was staged on the site. In his opening statement prior to the concert the former lead conductor of the London Symphony Orchestra, Valery Gergiev, said: »Here on this great stage, our concert in Palmyra is our appeal for everyone to come to peace and unity, to unite and work against this evil, against terrorism. (…) We protest against barbarians who destroyed wonderful monuments of world culture. We protest against the execution of people here on this great stage.«
This is where the piece started.

Bertrand Lesca and Nasi Voutsas are favourites of festival audiences around the world. In 2020, they received the prestigious Forced Entertainment Award. They are considered to be one of the freshest and most innovative contemporary performers of their generation in Europe, reinventing political theatre. The war in Syria, the global ecological catastrophe, migrations within the Fortress Europe. No conflict is so great that it cannot be condensed into a fight between two performers – political is personal and personal is political. Bertrand and Nasi tackle differences, love, frustrations, hatred and reconciliation with humour. In front of us, the stage reflects all the paradoxes of the political crises we are experiencing, and raises the question of how we can overcome them.

They are best known for their trilogy, which in recent years has addressed the issue of global conflicts: Eurohouse (2016), Palmyra (2017) and One (2019). The trilogy deals with complex social issues, such as the relationship between the periphery (specifically Greece) and the European Union, war and the rise of the far right, with topics always presented in an accessible and direct form. Their latest show, The End, is a dance insight into the breakdown of employment in the light of the global climate catastrophe.
Under the auspices of Farnham Maltings arts centre and in collaboration with MAYK, they have travelled most of Europe, the Americas and Australia.

***
According to government regulations, participation in cultural events is permitted to persons with a negative test for COVID-19, fully vaccinated persons, or persons who have recovered from COVID-19. This rule does not apply to children.

We must follow the recommendations regarding the maintenance of interpersonal distancing, proper wearing of masks, hand and cough hygiene.
*** 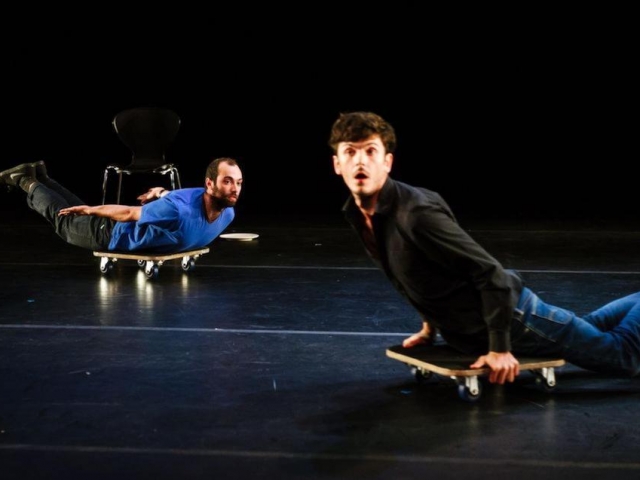 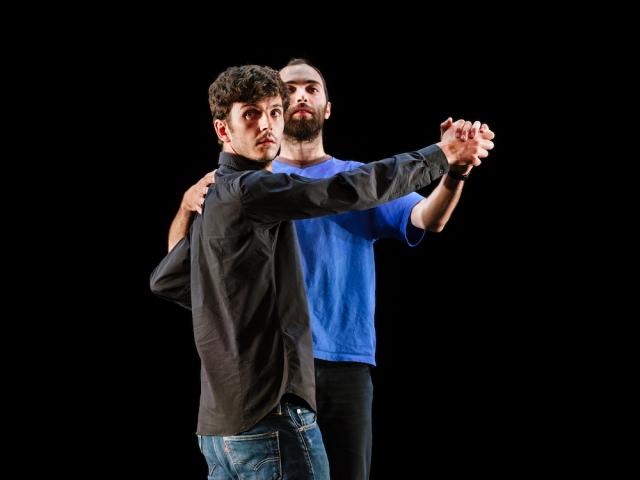 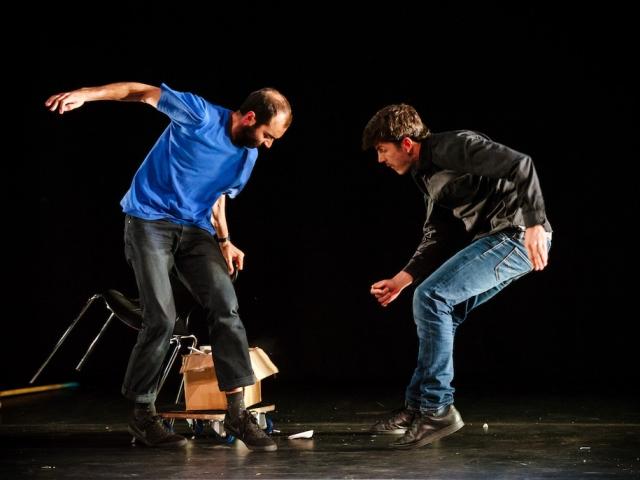 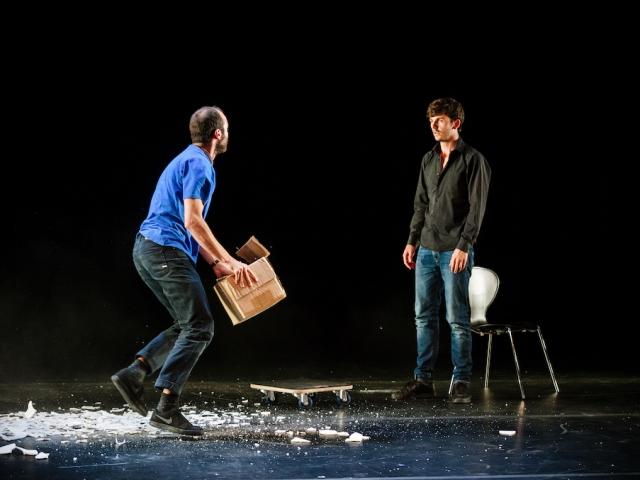 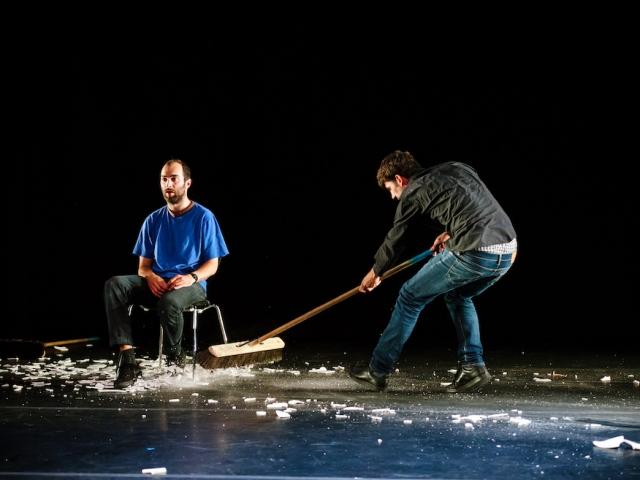